Why Experts Predict 2021 Is The Year To Buy A Home, Despite Coronavirus 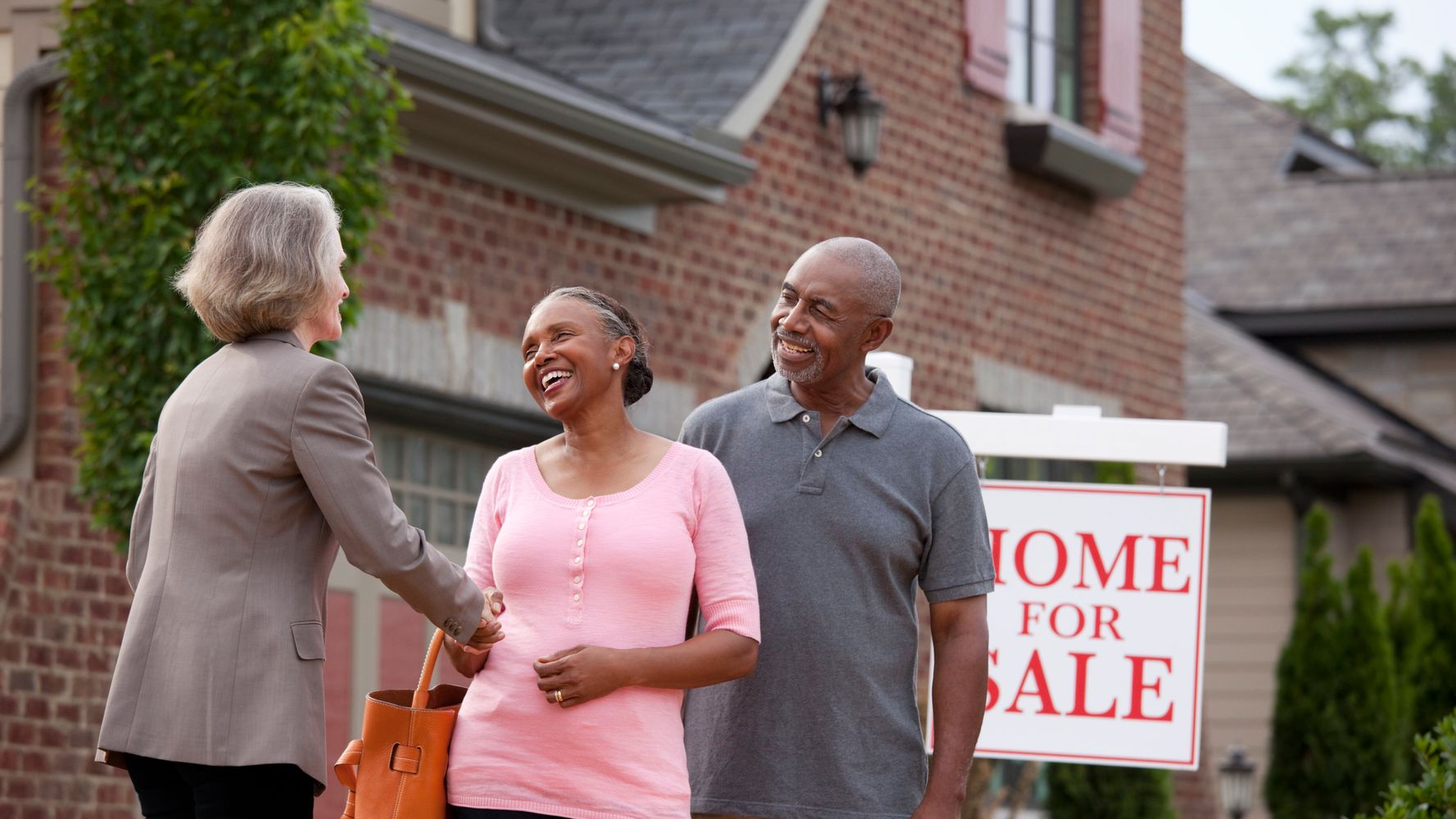 The coronavirus pandemic threw a wrench into just about everyone’s plans. Vacations were canceled, lesson plans were turned upside down and millions of Americans were suddenly out of a job.

If you were planning to buy a house in the near future, you might be questioning whether you should put that idea on pause, too.

“COVID-19 has definitely created special circumstances for homebuyers,” said Susan Moguel, marketing director at Arden University, a for-profit college based in the United Kingdom. “With numerous industries shuttered due to quarantine, the economic uncertainty caused by the pandemic forced many people to put their homebuying plans on hold,”

On the other hand, mortgage rates are at rock bottom. Plus, many homebuilders and developers are enticing buyers with special deals, such as discounted prices, waived closing costs, appliance upgrades, mortgage modifications and more, Moguel said. “Those in the market for a new home have a unique opportunity to take advantage of these opportunities during this time,” she said.

Even so, we’re still in the early stages of the pandemic, and its full effects are yet to be seen. If you’re fortunate enough to still be in the position to buy a home, here’s what you should know about buying during the COVID-19 crisis and how you can potentially get the best deal.

Mortgage Rates Are At All-Time Lows

The Federal Reserve cut its federal funds interest rate in early March by 0.5 percentage points to a range of 1% to 1.25% in response to the pandemic’s effect on our economy. Two weeks later, it made another emergency rate cut of 1 percentage point to a range of 0% to 0.25% ― the lowest level since the Great Recession.

Though the Fed’s target rate doesn’t have a direct effect on mortgage interest rates, there is a connection between the two, and mortgage rates dropped accordingly. Mortgage rates fell to all-time lows in April, and the average rate on a 30-year fixed-rate mortgage now hovers around 3.4%.

Andrea Woroch, who advises consumers on how to save money, said she refinanced her current mortgage just a few weeks ago. She was able to shave more than 1% off her interest rate, which means she will save more than $100,000 over the life of the loan. (Woroch is a former contributor to HuffPost.)

“Whether you’re looking to buy or refinance, these low rates can help lower your monthly payment and save you thousands of dollars over the life of your mortgage loan, making this a good time to buy,” Woroch said.

Even so, historically low mortgage rates can’t solve one problem that some prospective homeowners are running into: a lack of houses for sale. “Inventory is lower because people don’t want to sell their homes during this outbreak,” Woroch said, adding that home prices are probably not at their lowest levels yet.

The number of newly listed homes in April dropped 44% compared with the same month a year ago, according to Realtor.com’s April Housing Trends report. Combined with widespread delistings, U.S. housing inventory reached a new April low — and historically, April is one of the busiest months for residential real estate.

As home sellers take a step back to see whether economic conditions will improve, social distancing measures are making viewing homes a tricky proposition for potential buyers. At the same time, stricter lending requirements are making qualifying for a mortgage more difficult: If you recently deferred any bill, mortgage or credit card payments, for example, that may work against you when you apply for a home loan, Woroch said. All of these factors are likely contributing to the extended amount of time properties sit on the market.

How To Maximize Your Severance Package If You’ve Lost Your…

What Negative Interest Rates Mean For Your Mortgage, Savings…

“The good momentum we saw at the start of the year has helped to somewhat insulate the housing market from the coronavirus’ negative impact on buyer and seller confidence across the U.S.,” Danielle Hale, Realtor.com’s chief economist, said in the housing trends report. “Although we saw sharp drops in new listings, an increase in the time it takes to sell a home and a flattening of prices in April, May is likely to see some of these metrics worsen,”

The Biggest Homebuying Opportunities Are Yet To Come

Real estate values are considered a lagging indicator of market shocks, according to Emile L’Eplattenier, chief real estate analyst and managing editor for TheClose.com. “Think of it like a tsunami that follows an earthquake: Even with massive damage to the stock market and dozens of industries all but collapsing, we won’t start to see the effects play out on real estate pricing for a few months at least,” he said.

For one, homeowners have been spoiled by tight inventory and hyperspeed gentrification over the past few years, L’Eplattenier said. So those who are in the unfortunate position of having to sell during the pandemic will stubbornly stick to pre-recession pricing for a few months.

Further, the government has take several measures to stimulate the economy and protect consumers who can’t afford their bills. But that won’t go on forever. “Over the next few months, the government will eventually put the brakes on printing money. Eviction and foreclosure moratoriums will cease in many markets. And we [will] start to see thousands of businesses go under. This is when the real estate market is going to really start to wobble and fall,” said Owen Dashner, owner and operator of Red Ladder Property Solutions, a house-flipping business in Omaha, Nebraska. “Thirty million-plus Americans unemployed is going to equal a lot of unpaid leases and mortgages, ultimately leading to foreclosures and a market downturn.”

The foreclosure process takes a long time, so homes that soon enter foreclosure won’t show up at auction for at least another few months. But once they do, housing prices should fall fast. “Foreclosures are like weeds in a garden; they pull down the value of aggressively priced homes, and quickly,” L’Eplattenier said.

What that means is that if you can hold out on purchasing for the next 12 months or so, there will be an opportunity to buy at a large discount compared to now. Of course, you don’t want to swoop in and prey on the misfortune of your neighbors. But the truth is that if you’re going to buy, it’s better to wait until prices bottom out rather than spending tens of thousands more than necessary. “The correction is coming, and with it [will] come some opportunities for those prepared,” Dashner said.

Should You Buy A House During A Pandemic?

Rock-bottom rates make homebuying an attractive option, but there are still many unknowns and challenges when it comes to assessing how the pandemic will affect the market and consumers’ financial lives.

As of April, more than 30 million Americans had filed for unemployment. Some states have begun to reopen businesses slowly, but there’s no telling what kind of ripple effect the shutdown will have on employment for months to come.

Buying a home when your job stability is uncertain is a risky prospect. The next year might present once-in-a-lifetime opportunities to buy, but that doesn’t mean you should go for it if you aren’t prepared.

“No one can ever predict the market, and I am a strong believer that the right time to buy is when you are financially ready to,” said Peggy Zabakolas, a licensed real estate broker with Nest Seekers International.

The good news for prospective homebuyers with stable income and plenty of cash on hand is that if massive layoffs continue, we may see a lot of inventory coming up in the next few months at discounted prices, making it a buyer’s market.

“The uncertainty and indicators of a recession may slow some buyers,” Zabokolas said. “Don’t let history repeat itself. … I think if you can hold out, purchasing a tangible item such as real estate is the best route to take, as long as you are smart about your finances and do not overextend yourself.”

Path to normalcy to be much faster for textiles and footwear stocks: Marcellus Investment Managers

Did You Claim Unemployment Benefits? Be Prepared For A Tax Bill Next Year.

Will There Be Another Stock Market Crash? Here’s What Experts Expect

5 Stocks That Are Thriving During The Coronavirus Pandemic

It’s A Great Time To Buy A Car. Here’s How To Do It Safely.