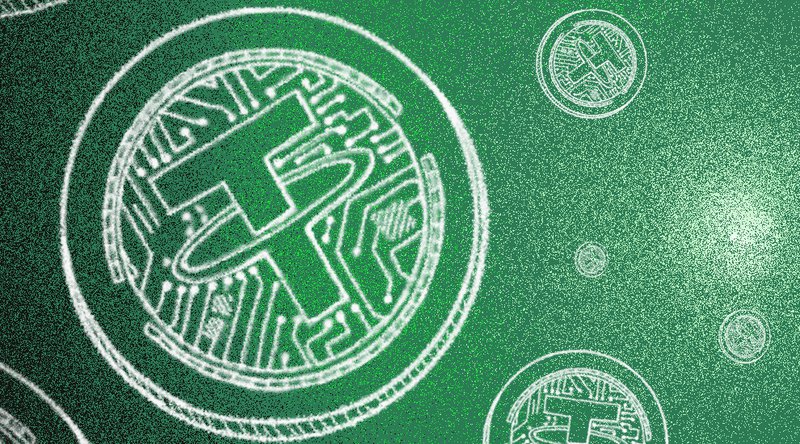 Tether just updated its website to clarify that each of its USDT tokens, which it used to claim were “always backed 1-to-1 with traditional currency,” are backed by assets other than fiat currency.

Now, the website instead reassures its patrons that it’s always “100% backed by [its] reserves.” It clarifies this vague language, even legalistic language, by saying these reserves “include traditional currency and cash equivalents and, from time to time, may include other assets and receivables from loans made by Tether to third parties, which may include affiliated entities.”

Despite the fact that some of Tether’s collateral might not actually be in fiat, the revised notice concludes by saying, “Every Tether is also 1-to-1 pegged to the USD, so 1 USD₮ is always valued by Tether at 1 USD.” The older version read, “1 USD₮ is always equivalent to 1 USD.”

Tether’s statement that it values each of its tokens at $1 is not the same as saying that each token is backed by $1; rather, each token’s dollar value is instead derived from Tether’s valuation of its assets. This clarification will likely embolden Tether’s more staunch opponents, who have argued that Tether is insolvent. While there’s never been any evidence to suggest that Tether does not have the reserves to back the coins in circulation, the company has routinely refused to submit to a formal audit, opting instead for attestations from a law firm in the past.

This update seems to at least lend credence to these insolvency concerns, which have been most thoroughly vetted by researchers at the University of Texas at Austin who released a report with a thesis that hinges on the belief that Tether’s issuance inflated the market during the 2017 bull run. It should be noted that this report has been refuted by other academics who took issue with the professors’ methodology.

Still, Tether claims that there are more than enough assets in its coffers to cover circulating supply. On its transparency page, the company records that it has $23 million more assets under its name than liabilities.

“From time to time, Tether reviews its Terms of Service and Risk Disclosures to ensure that they remain appropriate and up to date. Our most recent revisions were intended to update our disclosures to reflect Tether’s growth and operations and to be consistent with the types of disclosures used by other institutions,” a Bitfinex team member told Bitcoin Magazine, responding on behalf of Tether.

“The only change is that the composition of the assets that provide that backing includes a combination of cash, cash equivalents, and may also include other assets or receivables from loans issued by Tether,” they concluded.

With the language presented on the website and by this representative, Tether’s assertion that its backing may include “cash equivalents” and “other assets and receivables from loans made by Tether to third parties” reads like fractional reserve banking practices. This modern banking practice, which some believe helped to precipitate the 2008 financial crisis, allows banks to hold only a portion of its customer deposits on site, opting instead to loan the overwhelming majority of these funds to institutions and generate debt in place of physical assets.

“Fractional reserve banking is a banking system in which only a fraction of bank deposits are backed by actual cash on hand and are available for withdrawal. This is done to expand the economy by freeing up capital that can be loaned out to other parties,” Investopedia explains.

The fear of many Tether detractors is that the company is running a fractional reserve, a concern that was aggravated by the apparent inability to redeem USDT for cash through Tether’s website or Bitfinex, an exchange run by the same management as Tether. Tether’s cash portal, however, has reportedly been up-and-running since late 2018.

Given that the market’s largest stablecoin has been so opaque in its operations, the controversy surrounding Tether has provided fertile ground for competition. Through 2017–2018, there was a proliferation of fiat-backed stablecoins like TrueUSD, Gemini USD, USD Coin and the Paxos Standard, all of which are attempting to be an institutional and regulation grade alternative to the market’s first fiat stablecoin.

To bolster their credibility, the companies behind these coins have employed some of the U.S.’s top accounting firms to run an audit of their business and finances, something that Tether’s own executives have called impossible in the past, given the stigmatized nature of cryptocurrency companies.

The race to replace Theresa May

Norway and Switzerland: two approaches to life outside the EU

2019 Saw Most Exchange Attacks Ever, With Hackers Becoming More Savvy

The Fed Has Pumped $500 Billion Into the Repo Market. Where Does It End

Trade setup: Nifty futures at discount to spot, yet index may try to go higher

Stocks surge in Bangladesh as exchanges reopen after two months

Stocks making the biggest moves in the premarket: Abercrombie & Fitch,…

The Kindest Cut Why the 2020 Bitcoin Halvening Is the Most…