While last week held some promise that a market rebound may have been underway, Monday’s continued slide from Friday has quickly begun to dispel those hopes.

What may be even more worrying than just another sharp market drop, though, is the quantity and breadth of major S&P 500 stocks hitting new 52-week lows. There’s nothing really special about 52 weeks – other than that it adds up to a year – but it’s long been used as a way to benchmark longer-term stock performance. Most investors like to hear about 52-week highs, but those have been relatively few and far between in recent weeks. As of Monday afternoon, we’re seeing the number of new 52-week lows dwarf the number of new highs today – by a factor of more than 10-to-1 on the Nasdaq exchange alone.

The chart below illustrates just how bad it may have become. The five S&P 500 component companies highlighted – General Electric (GE), Goldman Sachs (GS), Electronic Arts (EA), Schlumberger (SLB), and Pacific Gas & Electric (PCG) – are all in widely diverging sectors and industries, and yet, hit new 52-week lows on Monday. Their six-month performance figures labeled on the right axis show just how poorly these stocks have done since May.

The worst of them, of course, is debt-ridden GE, which has been having well-publicized financial troubles and has slashed its once-prized dividend payout to almost nothing. It’s lost a whopping 45% in value over the last six-months. And although Goldman Sachs may be the least weighed-down of the group thus far, a recent fraud scandal has threatened to hit the stock with significantly further losses. Whatever the reasons may be for these stocks hitting new 52-week lows, the most concerning thing about what it is possibly saying is that the market’s structure may be getting even weaker and could be pointing to more potential weakness on the horizon. 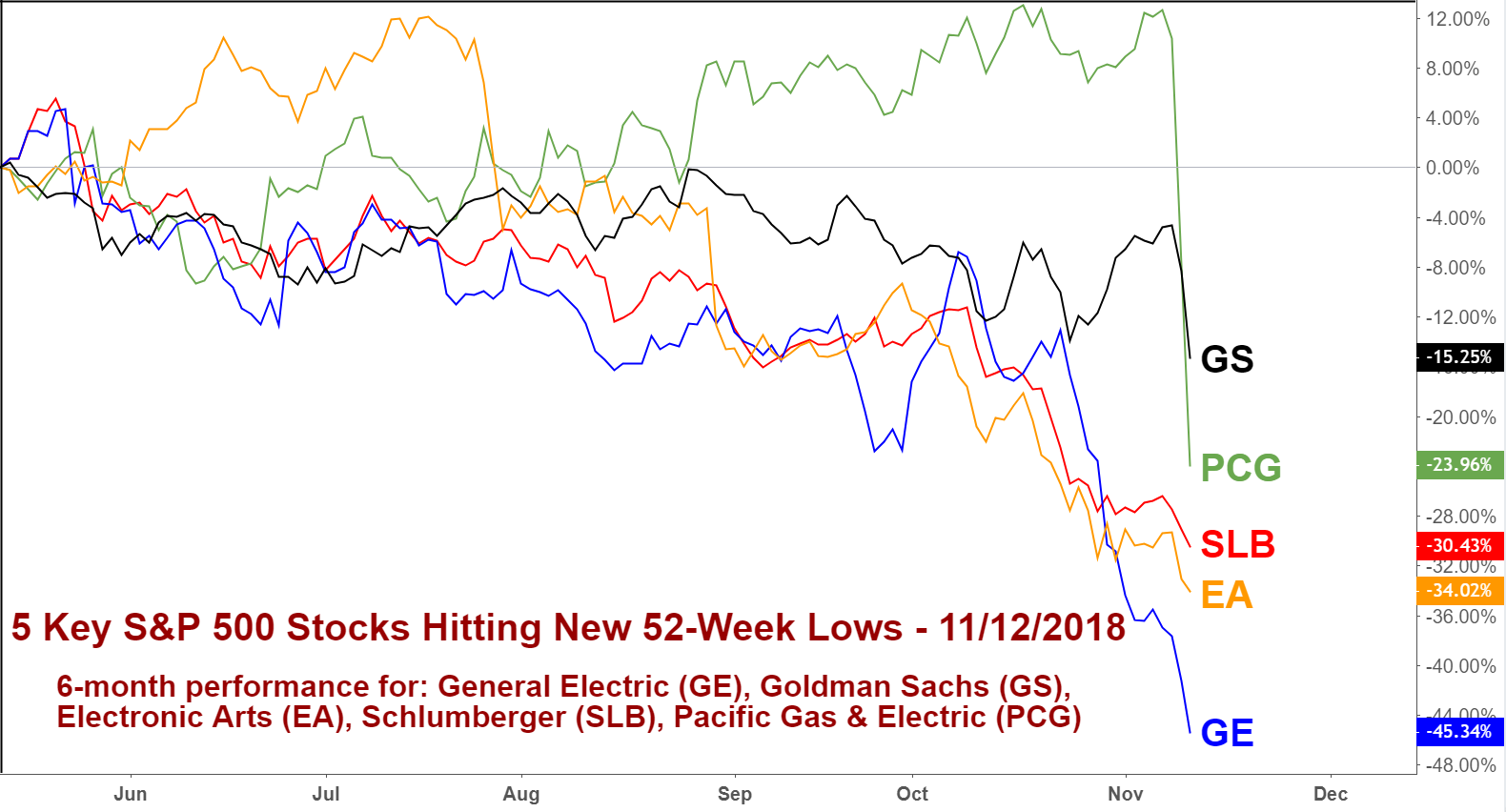 Macy’s Reports Below Its ‘Reversion to the Mean’

Netcore completes ESOP buyback for past and existing employees

Netflix Earnings: What to Look For From NFLX

What Supreme Court’s decision could mean for telcos